ENJOY THEM WITH THE ONES YOU LOVE
In 24/48 hours the excellences will be on your table, to conquer new palates.
> Cured Meats>Noble Salami 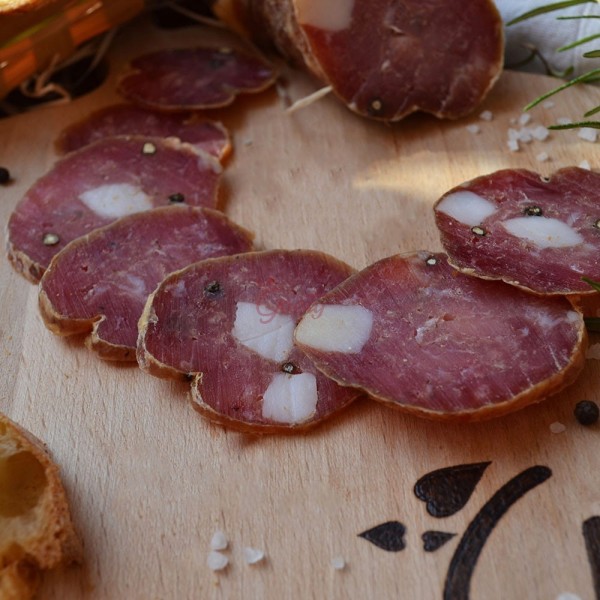 The noble salami is a typical salami of the local tradition. It wraps smell and taste with a pleasant hint of black pepper and smoke. Recommended as a starter, as an accompaniment to cheese and a good red wine.

8 other products in the same category: