ENJOY THEM WITH THE ONES YOU LOVE
In 24/48 hours the excellences will be on your table, to conquer new palates.
> Liqueur of fresh wild fennel "Monna" 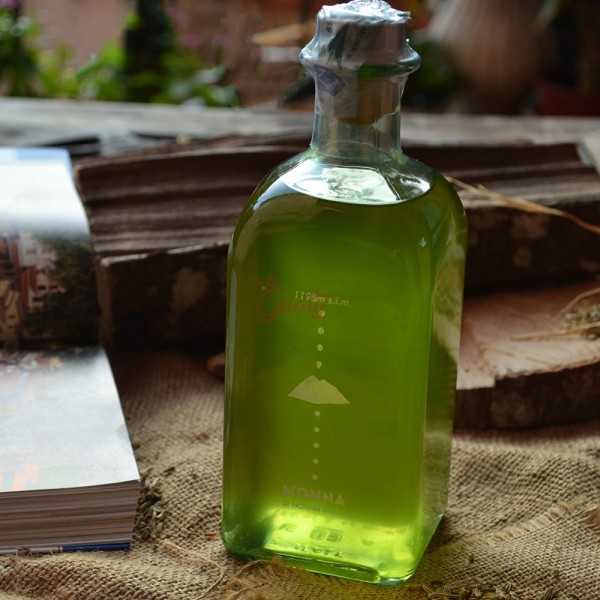 San Cipriano Picentino is a small town at the foot of Monte Monna surrounded by prosperous vegetation. Here the wild fennel, the base of the ancient recipe of liqueur, is picked by hand. It is used the foliage of the plants,  that is the green, scented tenderest part.

By the infusion in the alcohol and after been mixed it with pure water and high quality sugar , Monna is hand bottled according to the tradition. Completely natural, without colourants or preservatives it is excellent to serve cold as digestive after lunch.

The picturesque village of San Cipriano Picentino lies in the heart of the hills of Salerno, 365 meters above sea level. The geographer Strabone believed that Piceni found the first settlement. Archeological findings certify Roman presence , as in the rest of  Salerno area, with the presence of a luxurious country villa in which there are the remains of a thermal plant. The monumentality and opulence of marble covering suggest the presence  of important Roman people.

The agricultural character focused on the production of food for the empire has been maintained over the centuries, by the Lombards to the Aragonese, thanks mainly to the geography and climate of the place. The flat morphology, the good winter climate create raw materials of exceptional quality.

In this context, the rolling hills are carpeted with wild fennel . This product  with its particular flavour is created after the collection of these plants along the side of Mount Mona, at 1198 meters above sea level. Known and appreciated in antiquity, Plinio enhances its aphrodisiac qualities and recommended it as a tonic for the male force. Even gladiators used it before entering the arena and the matrons to maintain an enviable shape.

To these can be added diuretic, antiseptic and digestive qualities that make it a complete product  widely used in cooking.

Nonna Anna is a handcrafted firm driven by Samuele Elia and his family with passion and initiative. With respect and desire to promote and enhance the good and the ancient things that Campania offer, above all in  Picentini Mountains , they produce liqueur  according to old recipes using exclusively natural ingredients present in these places.