ENJOY THEM WITH THE ONES YOU LOVE
In 24/48 hours the excellences will be on your table, to conquer new palates.
> Pasta>Pasta di Gragnano "Paccheri lisci" I.G.P. 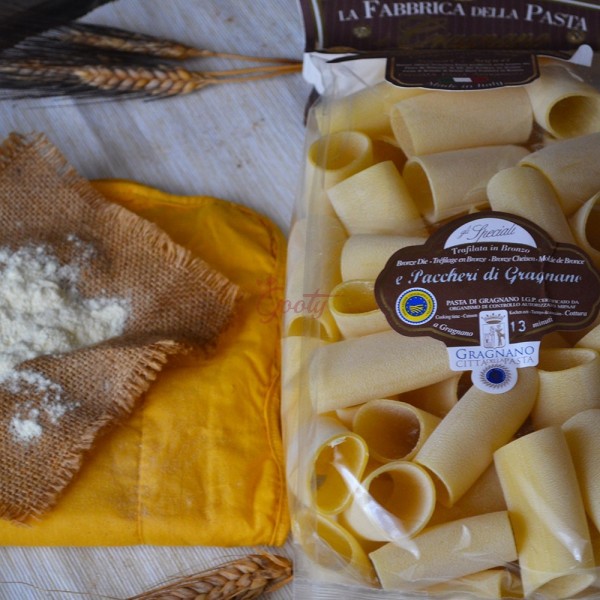 Bronze wire drawing, the water of the nearby Monti Lattari and the special drying process are the main features that make this pasta very special, suitable to be matched with sauces of the tradition of Campania.

This pasta contains all the features of craftsmanship of the place of origin that make it unique excellence. Thanks to its roughness, due to the use of bronze drawing, it is great to be consumed with local traditional or italian dishes in general, for moments of pure flavour. “Paccheri allo scarpariello” (with cherry tomatoes of “piennolo”) accompanied by a glass of full-bodied red wine or “Paccheri with seafood”  accompanied by white wine, are two of the most appetizing dishes of culinary tradition of Campania, to be served on any day of the week.

The story of Gragnano begins with a noble Roman "gens" : the "gens Grania", holder of vast estates in this fertile land where they grow, then as now, the "sacred ear and the precious grape."

The ear, symbol of local pasta factories, is also symbol of the city. Pasta production saw its biggest development between the sixteenth and seventeenth century  thanks to technological innovations (the mill with millstones) that provided a perfect hydraulic system necessary for the production. Pasta is still an artisanal product, handmade in the family in small quantities by craftsmen. During next century we saw the gradual transition from the small shop to factory where there is still the craftsmanship but on a larger scale. Larger tools, bigger places, a larger number of employees and their greater specialization guarantee a greater amount of product  maintaining handmade characteristics.

Pasta thus began to spread beyond the local area, conquering the palates with its unique characteristics.

Today Pasta of Gragnano is produced in many and various shapes, but the tradition crowns only one shape as a symbol of the place: the "pacchero".

The name was born thanks to an anecdote. Towards the end of the 19th century "Neapolitan scugnizzi" used to collect the rests of pasta during drying. Sometimes people stored it and when the owner of factory found out it he usually gave them a noisy slap, in Neapolitan dialect "pacchero". 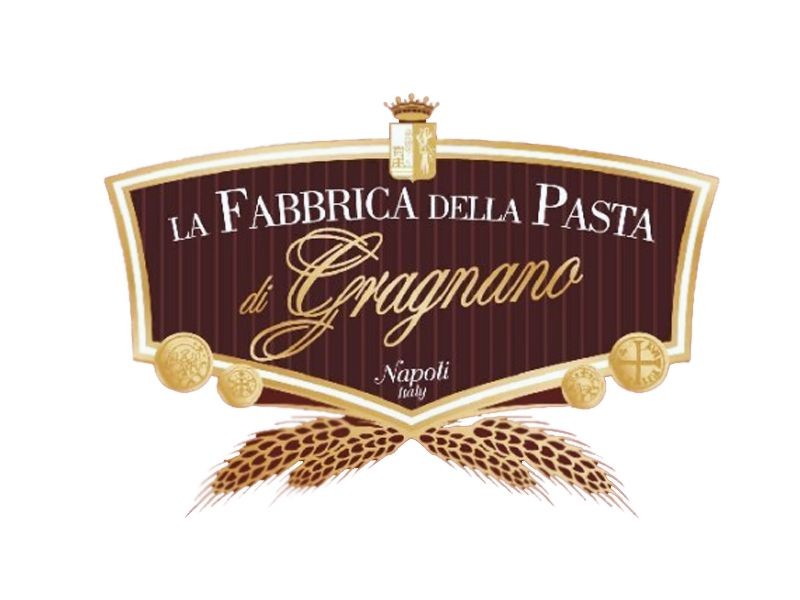 Protected geographical indication. It is a term attributed to products related to a specific place of production, where the territory, the particular climatic conditions and human factors determine their high quality.

24 other products in the same category: