ENJOY THEM WITH THE ONES YOU LOVE
In 24/48 hours the excellences will be on your table, to conquer new palates.
> Condiments>Handcrafted tomato sauce with basil 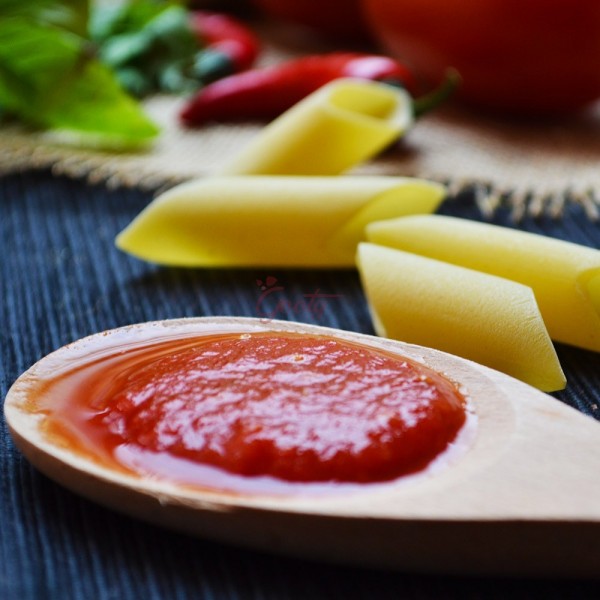 Our tomato sauce is still handcrafted, like our grandmothers did. The freshly picked tomatoes are cooked and ground in the same day then they will naturally sterilized only with the addition of fresh basil and a pinch of salt without preservatives. The result is a red pulpy sauce with all the delicious smell of fresh tomatoes.

It is ideal in all the preparations that require limited cooking times, such as eggs, white meat and pasta sauces. It is great on pizza (it does not give the heartburn thanks to the careful choice during the harvest and the timely processing). We added to the tomato sauce fresh basil and a pinch of salt, tasty and delicate condiment. To heat a few minutes and add to the pasta, preferably with a drizzle of extra virgin olive oil.

The agricultural vocation of the flat has been maintained over the centuries and now is the subject of strong appreciation by the institutions. Among the excellencies there are the tomatoes and cherry tomatoes, fresh or processed. Their characteristic bright red colour and their fleshy texture, can easily conquer every palate thanks to its sweet and unmistakable flavour. 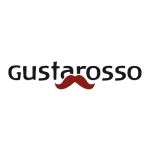 Dani Coop is an agricultural cooperative society composed of 70 members that operates in a territorial area highly suited to agriculture (Agro Sarnese-Nocerino). The company, which is also registered in the register of educational farms of the Campania Region, has established itself in a short time thanks to the quality of its products, obtained with traditional procedures and a careful selection of raw materials. The secret of the goodness of our products comes from the management of the land, from the right time of sowing and harvesting and from the slow and traditional production processes, really made like in the past. The fresh and raw taste of the tomato, the flavour, the colour and the unmistakable taste are the main characteristics of the Gustarosso brand products.

19 other products in the same category: