ENJOY THEM WITH THE ONES YOU LOVE
In 24/48 hours the excellences will be on your table, to conquer new palates.
> Cured Meats>Boar cigars of Cilento 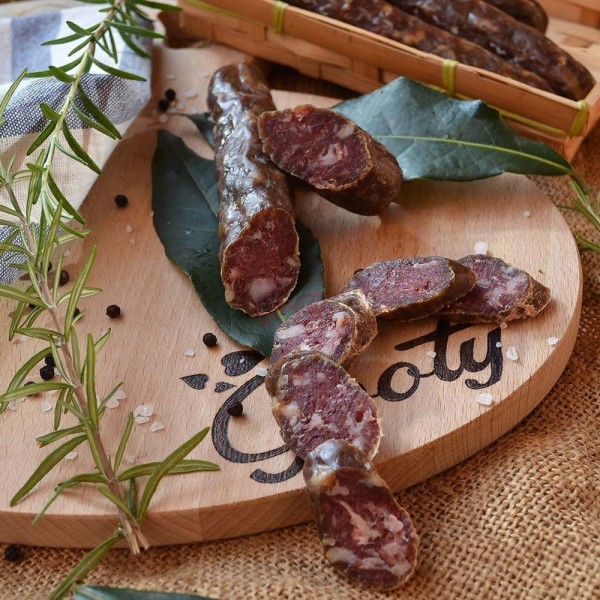 “Cigars” with strong and distinctive taste, made with boar meat raised in the wild within Cilento National Park whose free nutrition and free wandering guarantee a product with a unique flavour.

9 other products in the same category: