ENJOY THEM WITH THE ONES YOU LOVE
In 24/48 hours the excellences will be on your table, to conquer new palates.
> Patè e preserves>Grilled peppers 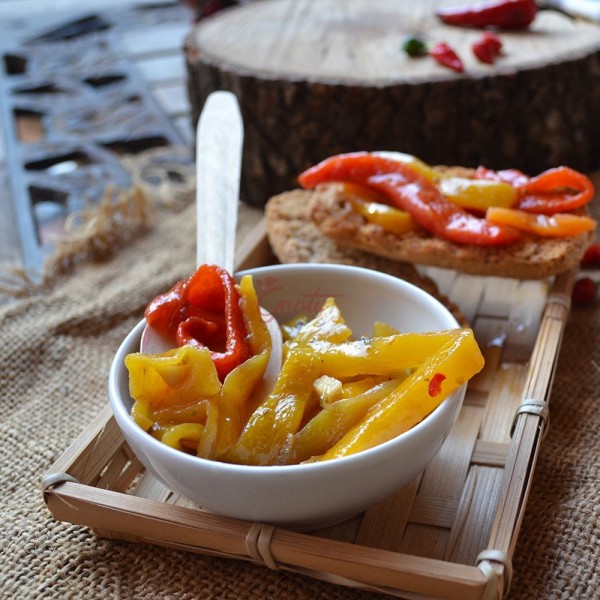 One of the peculiarities of these peppers is to be roasted in a wood oven according to strict regulations. They are excellent both natural and sautéed. The result is assured. Try fillets with capers, olives and breadcrumbs.

The agricultural vocation of the flat has been maintained over the centuries and now is the subject of strong appreciation by the institutions. Among the excellences there are red or yellow peppers grilled according the ancient recipes of Campania.