ENJOY THEM WITH THE ONES YOU LOVE
In 24/48 hours the excellences will be on your table, to conquer new palates.
> Jams and Honeys>Apricots extra jam 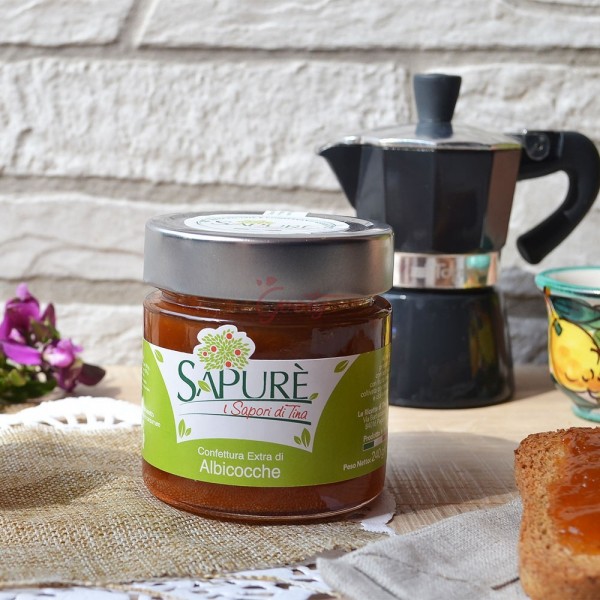 The best apricots in Campania region will delight your palate with this extra jam, made in a traditional way with the freshly harvested fruit having reached the perfect ripening degree. Sweet and aromatic, rich in vitamins and nutrients. Taste it on a slice of bread with a veil of butter, just like we did as children.

NUTRITIONAL INFORMATION PER 100G OF PRODUCT